San Urbez Bridge -The Ripareta ( 2 h 30´). At the entrance to the dirt road, there is a sign indicating the direction of the bridge and chapel of San Urbez ,and Añisclo Canyon . After crossing the bridge, you pass the chapel on the right and follow the track until you reach theSangon bridge . The track becomes a path and there are posters with the words ” La Ripareta-Fuen Blanca”.

To your left is a trail towardsSercué , following the GR-15 , which also goes to Nerín, Fanlo and Sarvisé .Continue toward the Ripareta .

The canyon begins to narrow, encasing the river, close to which you walk at first but rising rapidly thereafter. The trail goes through a couple of stretches with guardrails, across the bridge and back up to the viewpoint of Selva Plana . A little further on is the Ripareta , at the confluence of theravine of La Pardina .Here the canyon opens up a bit and the path goes back down to river level. A perfect place to take a rest.

The Ripareta – La Capradiza Gorge ( 1 h ). From The Ripareta , , the trail goes up and passes through an area of beeches. You cross several streams and, going slowly down, reach the level of the river again, this time at the confluence with the ravine of La Capradiza .. A gateway allows us to cross over to the other side of the riverBellós .

La Capradiza Gorge – GR-11 and the gateway to the Blanca Fuentes Canyon : ( 1h – 1h 30´) Now you walk along the left bank of the river, on a trail that gains altitude and meets the road that comes from the refuge of San Vicenda . After that you go down again to the level of the river, and follow its course, by a slope covered with a few trees, to a bridge. Here you can see the red and white markings of long-distance trails. This is the GR-11. To the left leads to the Goriz refuge and the right to the Collado de Añisclo and Valley of Pineta .Go up to the Fuen Blanca and return to the gateway.

In half an hour or less, you can climb to near the upwelling of Fuen Blanca , following the GR-11 towards the Goriz refuge . You return to San Urbez down the same road (4 and half hours).

From Fuen Blanca, on the left of the river, a road climbs through meadows, reaching the Collado de Añisclo ( 2440 mts), in 2h with a spectacular view over the Valley of Pineta . 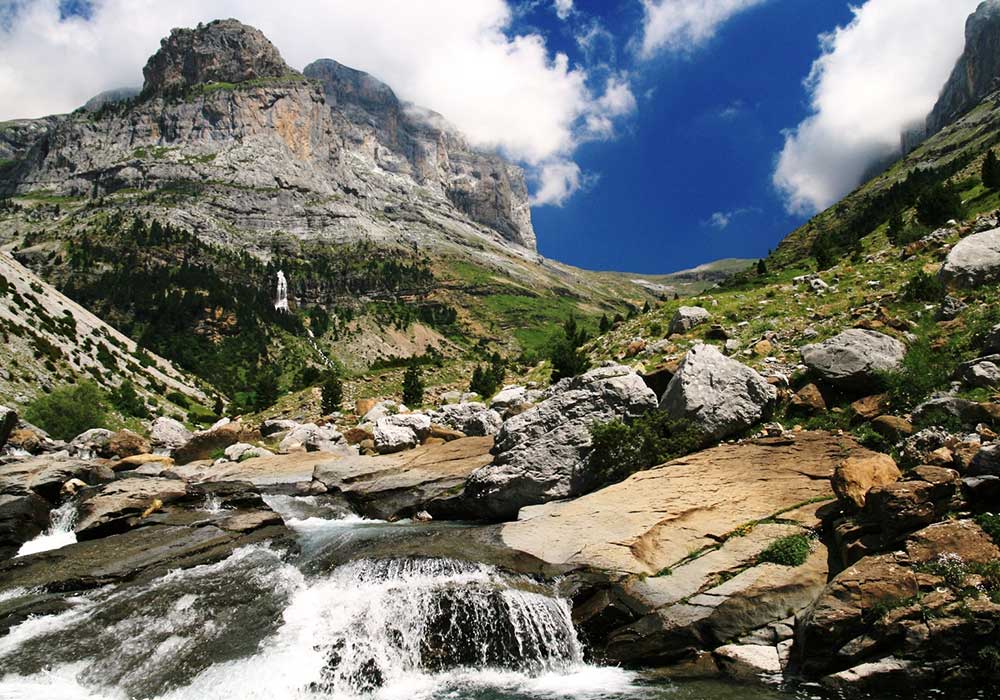 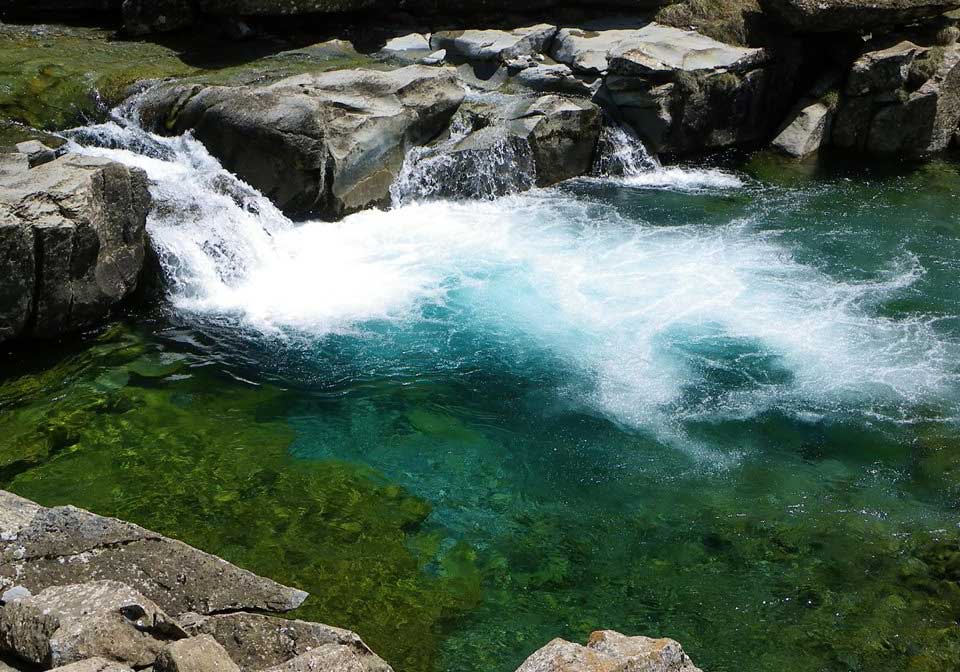